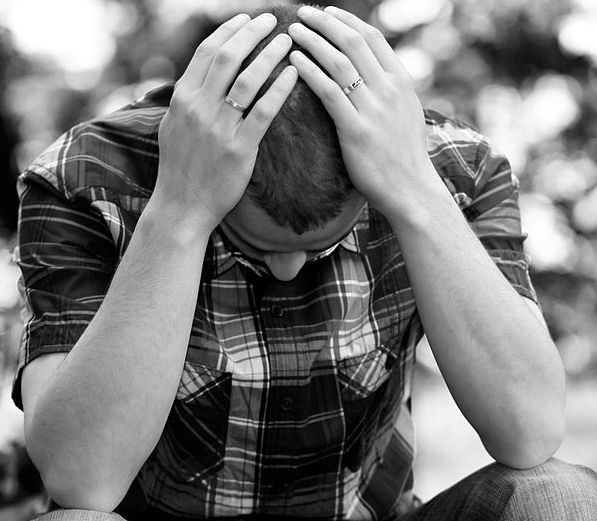 Photo: Sander van der Wel, via Wikimedia.
A pair of therapists in Florida have asked a federal judge to issue an injunction preventing the Palm Beach County Commission and the city of Boca Raton from enforcing their laws that prohibit therapists from subjecting youth to conversion therapy.
Robert Otto and Julie Hamilton filed a lawsuit back in June alleging that the county and city bans on conversion therapy infringe upon their First Amendment rights to free speech.
Both Otto and Hamilton have argued that the law essentially gags them and prevents them from counseling youth who are struggling with their sexual orientation or gender identity, for fear that they will be fined or even threatened with a loss of their license.
Horatio Mihet, a lawyer with the conservative advocacy group Liberty Counsel who is representing the two therapists, said that an injunction is necessary to remedy the harm caused by the “intrusion” of the local government into his clients’ practices, reports the Palm Beach Post.
Mihet claims that his clients do not engage in extreme measures such as shock therapy, aversion therapy, or inducing nausea or vomiting to dissuade youth from embracing homosexuality or transgenderism.
But he also says the laws tie therapists’ hands and effectively prevent youth who do not want to embrace an LGBTQ identity from being able to seek help.
But attorneys representing Boca Raton and Palm Beach County say the law does not infringe upon the therapists’ rights, and is intended to protect LGBTQ youth from harm and a series of mental health problems — from depression to suicidal ideation — that they can suffer from if subjected to conversion therapy.
Assistant Palm Beach County Attorney Rachel Fahey says there is nothing in the law that prevents therapists like Otto and Hamilton from counseling or providing “talk therapy” to struggling youth.
But the law intends to put clients in the driver’s seat when it comes to achieving the goals they set for themselves.
For instance, therapists should not inject their own personal beliefs or attempt to sway clients away from embracing an LGBTQ identity if the youth wishes to be more comfortable with it.
“Sexual orientation and gender identity can’t be changed by a licensed provider,” Fahey said, noting that there is scant evidence showing that conversion therapy actually works.
Most major medical and mental health organizations, including the American Psychological Association, the American Academy of Pediatrics, and the American Counseling Association, have concluded that conversion therapy is harmful to the mental and emotional well-being of teens who are subjected to it.
Palm Beach County and Boca Raton are among a number of municipalities or counties that have banned conversion therapy on minors in the absence of action by state legislatures. Thirteen states and the District of Columbia have already adopted similar laws.
Furthermore, Fahey notes, the county commission was careful to craft the ban to protect therapists’ free speech rights. For example, no mental health practitioner is banned from publicly expressing support for conversion therapy.
A therapist could also refer a client to religious leaders, who are exempt from the law as long as they’re acting as spiritual advisers rather than as licensed therapists.
Rosenberg has asked attorneys on both sides to submit written arguments before she decides whether or not to issue a preliminary injunction that would go into effect while the case is argued in the courts. She gave no indication when she expects to issue a ruling.
Posted by Rand Hoch at 12:58 PM No comments:

The MEI examines how inclusive municipal laws, policies and services are of the LGBTQ people who live and work there. Cities are rated based on non-discrimination laws, the municipality as an employer, municipal services, law enforcement, and City leadership's public position on equality. The 2018 MEI is the sixth annual edition and rates more than 500 cities from every state in the nation.

"The perfect score demonstrates the clear-cut commitment elected officials in West Palm Beach have made to the LGBTQ community over the past 30 years," said retired judge Rand Hoch, President and Founder of the Palm Beach County Human Rights Council (PBCHRC)..

PBCHRC has long been Palm Beach County's most effective civil rights organization. The nonpartisan independent nonprofit is dedicated to ending discrimination based on sexual orientation, gender identity and gender expression. Over past three decades, PBCHRC has been responsible for the enactment of more than 130 laws and policies providing equal protection, rights and benefits for Palm Beach County's LGBTQ community.

"Our city's inclusive laws and policies attract amazing people to

Of the twenty Florida municipalities participating in the MEI, only six (West Palm Beach, Miami Beach, Orlando, St. Petersburg and Wilton Manors) scored 100 points.
Thanks to Muoio's leadership - along with that of former mayors Jeff Koons,  Nancy Graham and Lois Frankel -- West Palm Beach has long been in the forefront of LGBTQ equality in the State of Florida

In 1990, city commissioners established the West Palm Beach Employment Practices Review Commission to recommend improvements to the city's personnel practices and procedures. Hoch, at the time a labor lawyer who represented the city's municipal workers unions, served as the commission's Chairman Pro Tempore. The blue ribbon panel's final report included recommendations to improve the work environment for the city's lesbian and gay employees. Within months, those recommendations were unanimously adopted by the city commission.

City leaders recognized that while the laws and policies had been put into place to help  gay and lesbian municipal employees, action also needed to be taken to address discrimination faced by the city's lesbian and gay residents. Therefore, in 1991, the city commission voted to prohibit the use of any public facilities or any public funding to any entities which had discriminated against members of a variety of protected classes - including gays and lesbians.

Weeks after the ordinance was enacted, the local Christian Coalition collected enough signatures to hold a special election to repeal the ordinance.  However, then-Mayor Nancy Graham stepped forward to lead the "'No on 1!" campaign to ensure that the newly enacted gay rights law remained on the books.

After a bitter and divisive campaign, West Palm Beach voters soundly defeated the repeal effort 56% to 44%. This historic effort marked the first time that Florida voters defeated an anti-gay referendum.

Since marriage equality was slow in coming to Florida, during the period when same-sex marriage was prohibited, Mayor Muoio repeatedly championed laws and policies to ensure that gay and lesbian municipal employees with domestic partners received the same benefits and take home pay as married opposite employees were entitled to receive.

Mayor Muoio also led the effort to enact the West Palm Beach Equal Benefits Ordinance, which required contractors doing business with the city to provide identical benefits to both married employees and employees with domestic partners.

In 2015, the city commissioners updated the Equal Opportunity Ordinance by expanding the definition of "public accommodations" to prohibit consumer discrimination (e.g., "shopping while black"). The law also prohibits businesses in the wedding industry from discriminating against lesbian and gay couples.
In 2016, West Palm Beach became the first city in Palm Beach County to prohibit the discredited practice of conversion therapy for minors.  Conversion therapy encompasses a range of discredited counseling practices by which health care providers or counselors seek to change a person's sexual orientation, gender identity, or gender expression through aversion treatment.

Just last month, the West Palm Beach adopted an LGBTQ-inclusive resolution affirming its commitment to address and eliminate bullying at city facilities and in city programs.

Most recently, in a move to address the concerns of transgender and gender-nonconforming residents, Mayor Muoio has directed city staff to install new signage by year's end designating all single-stall restrooms in municipal buildings as "all-gender"
When presented with opportunities to amend the state's civil rights laws to protect LGBTQ people, Florida Legislators have repeatedly refused to do so. In contrast, 22 states (and the District of Columbia) protect their residents from employment discrimination on the basis of their sexual orientation.  Nineteen of these states (and the District of Columbia) also provide similar protections on the basis of their gender identity.

"Since the Florida Legislature has repeatedly refused to enact LGBTQ-inclusive civil rights laws, it is imperative that municipal and county leaders throughout our state work diligently to enact local laws and policies providing LGBTQ Floridians with equal protections and benefits," said Hoch. "All LGBTQ Floridians, regardless of where they live or work, should be protected from discrimination and harassment."

West Palm Beach City Commissioners unanimously adopted a resolution yesterday aimed at eliminating bullying and harassment in city facilities and at programs the city provides at the Mandel Public Library, as well as at the community centers at Coleman, Gaines, Howard and South Olive Parks.

The resolution was proposed by City Commissioner Kelly Shoaf, following a request by the Palm Beach County Human Rights Council (PBCHRC) - Florida's oldest independent, nonpartisan, nonprofit organization dedicated to ending discrimination based on sexual orientation, gender identity and gender expression.
PBCHRC provided Shoaf with examples of children who were bullied not only because of their sexual orientation, gender identity or gender expression, but also because of other personal characteristics such as race, religion, ethnicity, gender, disability, physical appearance, weight, citizenship status, economic status and academic ability.

"One of the most important tasks city officials are charged with is ensuring the safety and well-being of our youngest residents," said PBCHRC President and Founder Rand Hoch. "Commissioner Shoaf immediately realized that the city must do more to eliminate bullying."

"Bullying and harassment can interfere with a child's ability to participate in our city's programs and activities," said Shoaf. "All children deserve to be able to play together in an environment that is inclusive and free from bullying."

According to the 2015 Youth Risk Behavior Survey, more than 20 percent of students experienced bullying.

In addition to declaring the elimination of bullying as a goal of the city, the resolution also affirms the city's commitment to support local resources aimed at addressing bullying and requires the city's youth programs to have anti-bullying policies.
Posted by Rand Hoch at 12:48 AM No comments: