The Palm Beach County Human Rights Council Voters Alliance has endorsed hundreds of candidates for office since 1988 based on the following criteria:
In the race to replace Jeri Muoio as Mayor of West Palm Beach, all three candidates -- Keith James, Paula Ryan and Priscilla Taylor -- have been outspoken in support of our issues. All have 100% voting records on our initiatives. And all supported the LGBTQ community by participating in community events for longer than they have been in public office.

All three candidates are qualified to serve as Mayor and we have no doubt that the next Maor of West palm Beach will do an excellent job serving the city's LGBTQ community.

The first decision we had to make was whether to co-endorse all three candidates or endorse the strongest candidate based on our criteria. After extensive deliberation, we determined it was best to endorse the candidate with the strongest record of support for the LGBTQ community.

Following a thorough review of their records, we interviewed the three candidates.

Ultimately, the Palm Beach County Human Rights Council Voters Alliance endorsed Priscilla Taylor for Mayor of West Palm Beach, based on her outstanding record of support dating back to 1999 when she began her public service as a Port Commissioner. 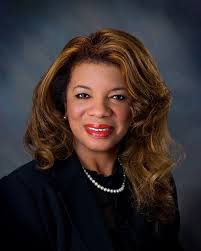 As a Port Commissioner, Priscilla led the successful campaign to secure family health insurance coverage for employees with domestic partners.

As County Commissioner, Priscilla was instrumental in having Palm Beach County:
Clearly, there are few public officials in Florida wh can hold a candle to Priscilla's support of the LGBTQ community.  She will be an excellent Mayor of West Palm Beach.