The Board of Directors of the Palm Beach County Human Rights Council is pleased to annouce the election of  Janiece Davis to our board. 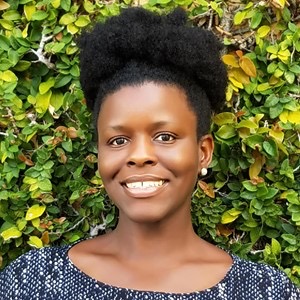 Janiece Davis works to better the lives of residents who live, work, and play in Palm Beach County through the implementation of policy, systems, and environmental change related to tobacco use. She works to build private-public partnerships and fosters youth involvement in the policy process. Her efforts within the community have resulted in many successes, including collaborating with the School District of Palm Beach County to remove school districts from preemption within the Florida Clean Indoor Air Act and implementing the first comprehensive tobacco-free schools policy in Florida.

Her work with mentoring youth resulted in HB 439 during the 2013 Florida Legislative Session, and collaborated with neighboring South Florida counties to develop a local campaign called Not a Replacement, which was chosen by the Campaign for Tobacco Free Kids as their official national campaign for Kick Butts Day 2015. She is the recipient of several awards and honors, and is a member of the Beta Upsilon Chapter of the Delta Omega Honorary Society in Public Health and Leadership Florida Connect Class IX. Ms. Davis received both her Master of Public Health and Bachelor of Science Degrees from the University of Florida.