The Board of Directors of the PBCHRC Charitable Foundation is so proud of  2020 Daniel S. Hall Social Justice Award recipient Endora Guillaume. 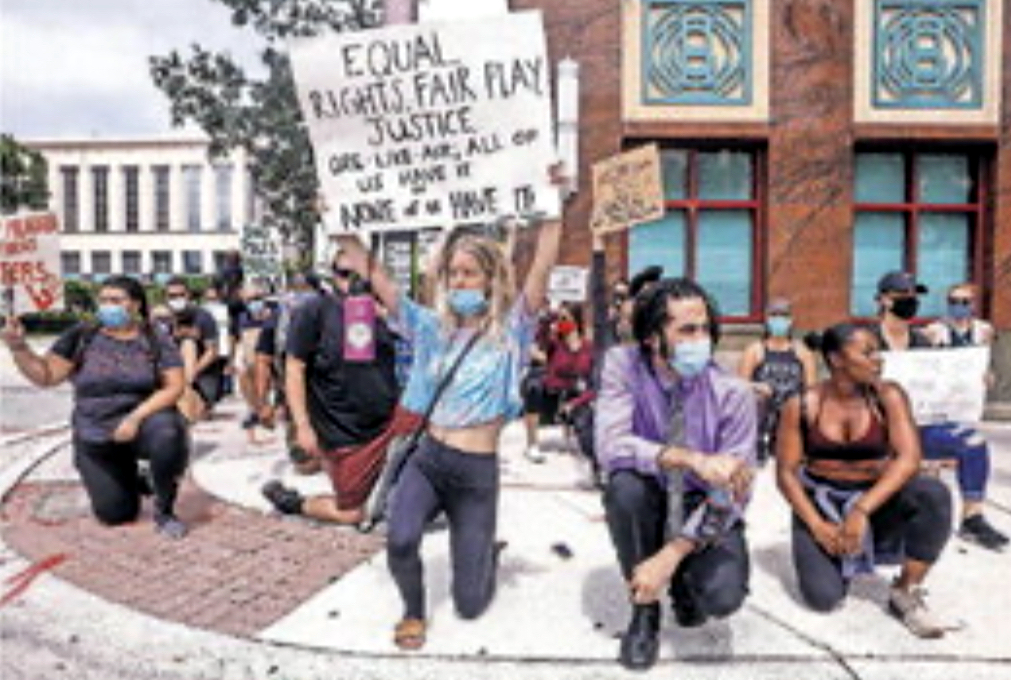 WEST PALM BEACH - Endora Guillaume, 18, stood on the stage of Meyer Amphitheatre on Tuesday, holding a sign with dozens of names of black men and women killed by police.

She told the crowd of protesters in downtown West Palm Beach that they may be here marching in solidarity over the killing of George Floyd last month, but this isn't the first person to die at the hands of law enforcement.

She told those in the crowd that they must educate themselves and continue pushing for change for everyone.

"George Floyd is not the only story you should know," she said.

About 200 people marched in downtown West Palm Beach Tuesday, similar to other demonstrations around the county and the world in recent days in protest of the killing of 46-year old black man by a white police officer in Minneapolis.

Guillaume, who just graduated from Park Vista and is headed to Howard University in the fall, said she was excited to see so many diverse people standing in together for the same cause.

One among them she was proudest of was her 16-yearold brother, Tristan.

She said, like many others who watched the video of the officer kneel down on Floyd's neck until he couldn't breathe, her brother was moved to march and demand change.It's a change she said she's happy to see has reached a global audience.

"It's really a collective power," she said. "It's got a now. If I go on my Twitter people are all posting the same video, they're seeing the protests were seeing."

Evagelia Angelakopoulos thinks that with several deaths of black men and women, like Floyd, Breonna Taylor and Ahmaud Arbery, so fresh in everyone's minds it has brought everyone together for a bigger cause.

"And I urge the young people to go out to the polls as much as they are at the protests," she said.

The crowd chanted "Hands up! Don't shoot!" and held signs reading "silence = compliance," "I understand I will never understand, however, I stand," and "police reform now." Their efforts won them cheers along the way from people in their apartment balconies and mechanics outside a tire-repair shop.

They stopped at Okeechobee to take a knee, then headed into Rosemary Square, where employees at the Publix Super Market came outside to watch and to raise a few fists in solidarity.

"We love you, Publix!" one marcher shouted.

As they marched on to the police station, they said they would not stop until they got justice. West Palm Beach Deputy Chief Rick Morris stopped by to talk with the crowd and said he supported their peaceful protests "I love you guys, I support youguys,andpleasestaysafe," he said, getting a hug from one of the men who led chants with the crowd.

As the march moved on, one supporter of President Donald Trump tried to taunt marchers, more than 100 strong at that point, from behind a police car. A marcher let him know his U.S. flag with Trump's face on it was upside down, prompting laughter from the crowd.

At Meyer Amphitheatre some of the marchers climbed onto the stage and spoke of their fears in dealing with police agencies and the question they want answered: When is it going to stop? 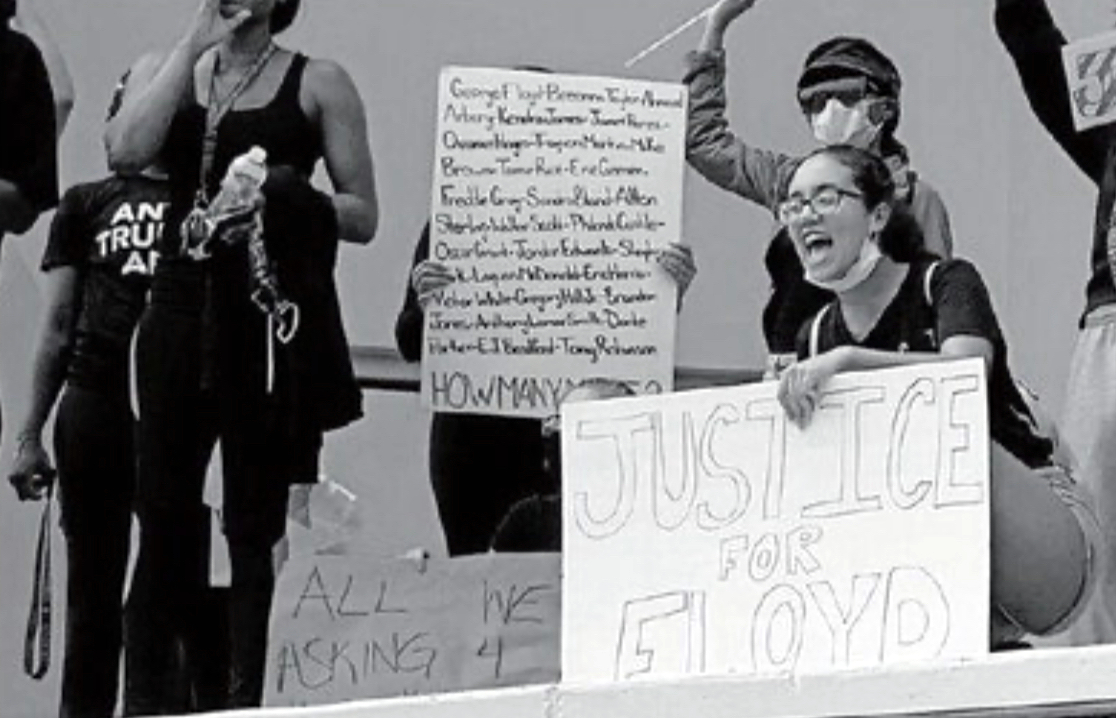 Those gathered in front of the stage then shouted out the names of people who have died in police custody. Some speakers reminded them of the fall's elections and the need to vote.

Sara Stearns, 19, said coming from a multinational background, she wasnt sure where she fit into the conversation. But continuing her advocacy after attending the March for Our Lives Rally in Washington, D.C., she said she knew she had to come out.

She's hopeful, but said she knows they need to change things know with her generation.

"There's not going to be any more time for us to fix this," she said.