The PBCHRC Voters Alliance has endorsed former State Representative Kelly Skidmore, a Democrat, for election to the Florida House of Representatives for District 81. 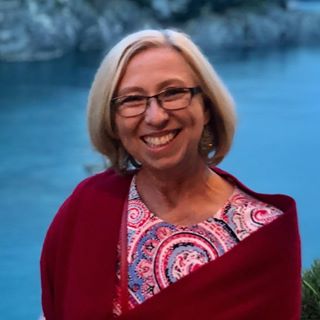 "We rarely endorse candidates until after qualifying ends," explanied retired judge Rand Hoch who heads the PBCHRC Voters Alliance.  "When we do, it is for extraordinary candidates with a history working on behalf of the LGBTQ community. Kelly Skidmore is one of those extraordinary public officials."

For decades, no Florida legislator would agree to introduce a bill to add "sexual orientation" and/or "gender identity" into Florida's Fair Housing Act and the Florida Civil Rights Act.

In 2007, PBCHRC asked newly-elected State Representative Kelly Skidmore to intrododuce a bill to add "sexual orientation" into the two statewide anti-discrimination laws. Skidmore promptly agreed and worked diligently to get co-sponsors for her bill. Newly-elected State Senator (now Congressman) Ted Deutch filed the companion bill in the Florida Senate.  As expected, neither bill received a hearing in committee.

The following year, Skidmore's bill included both "sexual orientation" and "gender identity". As expected, the bill went nowhere in the House, but it opened the door.

That year, the Deutch bill was reintroduced, including only "sexual orientation" as part of PBCHRC "Two Bills Strategy". With the support of then-State Senator Jeff Atwater (R-North Palm Beach), the bill passed the Senate Commerce Committee with bi-partisan support. That is the ONLY time in Florida History that a gay rights bill in Florida passed in a legislative committee.  Howeveer, the bill did not reach the Senate Floor.

In 2009, both the Skidmore and Deutch bills included both "sexual orientation" and "gender identity".  However, the bills, rebranded as the Florida Competive Workforce Act, have never pass -- even in legislative committee -- since then.

In addition to Skidmore's legislative efforts and advocacy on behalf of the LGBTQ community, she has also been a visible presence at Pride events in Palm Beach County and has participated in numerous events sponsored by Compass and PBCHRC..
"As the first legislator in Florida history to introduce legislation to prohibit discrimination in employment, housing, and public accommodations based on both sexual orientation and gender identity, Kelly Skidmore has earned the unified support of the LGBTQ and allied community," said Hoch. "Kelly Skidmore not only meets the PBCHRC Voters Alliance endorsement criteria, she has done so for more than a dozen years."