At this evening's meeting, the Lake Worth City Commission unanimously voted to prohibit licensed mental health professionals from engaging in conversion therapy on minors within city limits. 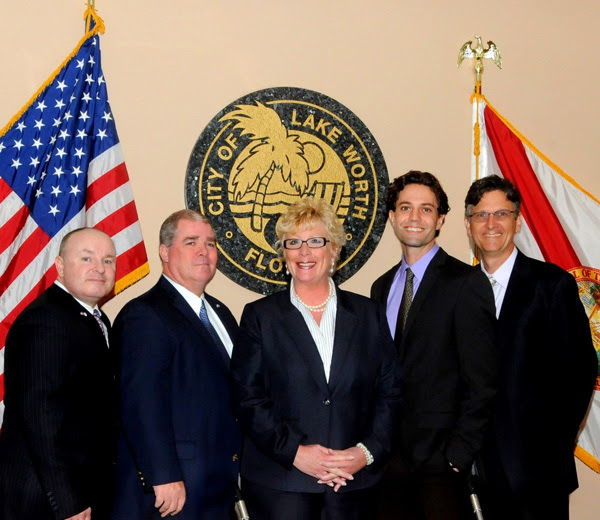 The action was taken at the request of the Palm Beach County Human Rights Council (PBCHRC), the county's most effective civil rights organization. Over the past 28 years, the independent non-profit organization has succeeded in having local public officials enact more than 110 laws and policies providing equal rights, benefits and protection for the lesbian, gay, bisexual and transgender (LGBTQ)  community.

Attorney W. Trent Steele, a longtime member of the PBCHRC Board of Directors, focused on the need to protect children from practitioners of conversion therapy.

"Conversion therapy is usually forced on minors by parents who find it impossible to accept the fact that their children identify as gay or lesbian," said  Steele. "This so-called 'treatment' is extremely harmful."


"Conversion therapy is an extremely dangerous and fraudulent practice that claims to change an individual's sexual orientation or gender identity," said Scott McCoy, senior policy counsel for the Southern Poverty Law Center. "This bogus practice is premised on the lie that LGBTQ individuals have a 'condition' that needs to be cured. This evening, the West Palm Beach city commission took a step in the right direction by approving this ordinance to ban this harmful practice on minors. The commission has sent a message to LGBTQ youth: 'You are perfect the way you are and do not need to be 'fixed.'"

According to Dr. Rachel Needle, a licensed psychologist who practices in

West Palm Beach, the practice of conversion therapy is based on two false premises.

"There is nothing wrong with being gay, lesbian, bisexual or transgender, so there is nothing that needs to be fixed through this so-called therapeutic treatment," said Amoroso. "For decades, studies have shown that this is harmful to LGBT kids, and we are not going to permit that to happen in our city."

"The discredited practice of conversion therapy has long been rejected by virtually all of our nation's mainstream medical and mental health organizations," said PBCHRC President and Founder Rand Hoch. "Instilling self-hatred in children is not therapy"


"The American Psychological Association has linked conversion therapy to depression, substance abuse and even suicide, and these risks are particularly acute for youth," said Carolyn Reyes, Youth Policy Counsel and Coordinator of NCLR's BornPerfect Campaign to end conversion therapy  "We applaud the efforts by the Commission to ensure that the children of West Palm Beach County are protected from these harms, and that their families aren't duped by trusted professionals to whom they turn for support during a vulnerable time."

During the 2016  legislative session, State Senator Jeff Clemens (D-Atlantis) introduced a bill to prohibit conversion therapy statewide (S. 258).  However, the Senate refused to take action on the bill. Clemens intends to reintroduce his bill in 2017

"While we wait to see if Florida's legislative leaders will even schedule a hearing on Senator Clemens' bill, the City of Lake Worth will take action now to protect LGBT youth," said Amoroso.
Posted by Rand Hoch at 6:38 AM No comments: