Wednesday, hate group Liberty Counsel sued the City of Boca Raton and Palm Beach County on behalf of two counselors seeking to nullify respective bans on pediatric conversion therapy. The suit was filed in the US District Court for the Southern District of Florida. Liberty Counsel's "brief" is 238 pages in full. 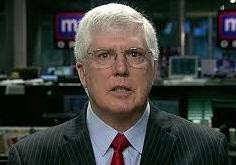 "Life-saving?" I would venture to say that it is their parents who are "desperate" to conform their kids' sexuality to their religious beliefs. If the kids are desperate it is usually for the parental approval that is being withheld. Once again, "gender confusion" is a religious term. It does not exist in medical science.

Conversion therapy is junk science per se. There does not exist any current evidence presented through peer-reviewed research published to a respected journal to sustain the belief that conversion therapy is either safe or effective. Virtually every medical and counseling peer and professional organization has concluded that the practice is both ineffective and unsafe.

Conversion or so-called "reparative" therapy practitioners are uniformly religious conservatives. Their approach is premised on the unfounded theory that sexuality is a choice which can be fixed with the right talk therapy. Patients need merely to change their "dangerous lifestyle" to obtain the approval of parents and God. That supposed lifestyle is attacked with vicious bigotry. Counselors employ various aversion techniques ( some quite bizarre) and shame. None of their nonsense will ever change someone's sexual orientation or gender identity.

Our first quack, litigant and crackpot is Dr. Robert William Otto at 2400 W. Yamato Rd in Boca Raton. Otto is affiliated with the Spanish River Christian Counseling Center. Robert Otto is a West Point graduate. His MS and PhD are from Nova Southeastern University, rated #539 by Forbes. Dr. Otto does not actively promote conversion therapy.

The other quack and litigant is Dr. Julie Harren Hamilton at 3307 Northlake Blvd. in Palm Beach Gardens. Hamilton is a well-known crackpot having been president of The National Association for Research & Therapy of Homosexuality (NARTH) (2009-2011). Even at her own  website, Hamilton does not provide a full CV including her educational background which leads me to wonder if she exchanged box-tops for a PhD. 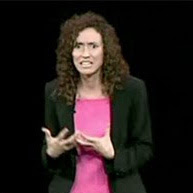 Hamilton has a very strange video that she has promoted for years titled  Homosexuality 101. She seems to be claiming that homosexuality is a gender identity disorder. I concede that I was unable to watch the entire video but the box-top swap entered my mind again.

Mad Mat's case seems frivolous. It consists of the usual free speech and religious freedom claptrap. It is a huge waste of taxpayer dollars.

In the final analysis, conversion therapy is consumer fraud. It is profoundly unhealthy for children and, eventually, the parents who have to live with the consequences. It does real harm to real people. These municipal bans protect children from unethical and unsound medical practices. This is a medical issue rather than one associated with First Amendment rights. People do not have a right to injure children. It's just that simple.
Posted by Rand Hoch at 3:31 PM No comments: