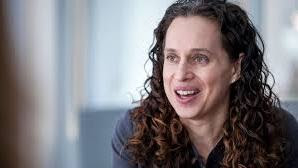 "Lauren Baer is the clear choice for fair-minded voters and is committed to fighting for LGBTQ equality, individual liberty, and the rule of law," said JoDee Winterhof, HRC Senior Vice President for Policy and Political Affairs. "Lauren will stand up each and every day in Congress for all of the hard-working families across her district - from Ft. Pierce to Palm Beach. HRC is proud to endorse Lauren Baer for U.S. Congress."
"I am incredibly proud to receive the endorsement of the Human Rights Campaign, an organization that has been on the front lines in the fight for equality for LGBT Americans for decades," said Lauren Baer. "I look forward to working with them in pursuit of our shared goal of a more equal and just society."
Lauren Baer was raised in Florida's 18th Congressional District and calls Palm Beach Gardens home with her wife, Emily, and young daughter, Serena. An attorney and foreign policy expert, Lauren served as an official in the Obama Administration from 2011-2017, acting as a senior advisor to two Secretaries of State and to the U.S. Ambassador to the United Nations. During her time in government, she was responsible for ensuring that the promotion of U.S. values remained central to foreign policy and advised on a range of critical national security issues related to human rights and international law. Lauren comes from a family of local business owners who taught her the value of a strong Florida economy and the importance of public service.
Across the state of Florida, HRC has identified nearly 700,000 LGBTQ voters and more than 3.2 million "Equality Voters" - meaning they are strong supporters of progressive LGBTQ policies including marriage equality, equitable family law, and laws that prohibit discrimination on the basis of sexual orientation or gender identity. Last year, HRC announced a coast-to-coast campaign to mobilize these voters for the midterm elections called HRC Rising, which represents the largest grassroots expansion in the organization's 38-year history.
Tonight, Lauren Baer will also join HRC, Equality Florida, and the Palm Beach County Human Rights Council Voters Alliance for an event in West Palm Beach to talk about the importance of the race.

"Lauren Baer fully understands the problems facing people on the Treasure Coast.  In Washington, Lauren will advocate tirelessly, working for solutions," said Judge Rand Hoch, President and Founder, Palm Beach County Human Rights Council. "We are proud to support an out LGBTQ candidate who has included her wife and daughter front and center in her campaign materials. As a pro-family candidate for federal office, Lauren Baer has been an amazing role model.  Imagine how inspirational she will be in Congress."
The Human Rights Campaign is America's largest civil rights organization working to achieve equality for lesbian, gay, bisexual, transgender and queer people. HRC envisions a world where LGBTQ people are embraced as full members of society at home, at work, and in every community.