Lake Worth Beach City Commissioners unanimously adopted a resolution on November 5, 2019 aimed at eliminating bullying and harassment in city facilities and at programs provided the city.

PBCHRC provided Hardy with examples of children who were bullied not only because of their sexual orientation, gender identity or gender expression, but also because of other personal characteristics such as race, gender,  religion, physical appearance, body size, citizenship status, family income, academic ability, ethnicity, and disability.

"One of the most important tasks city officials are 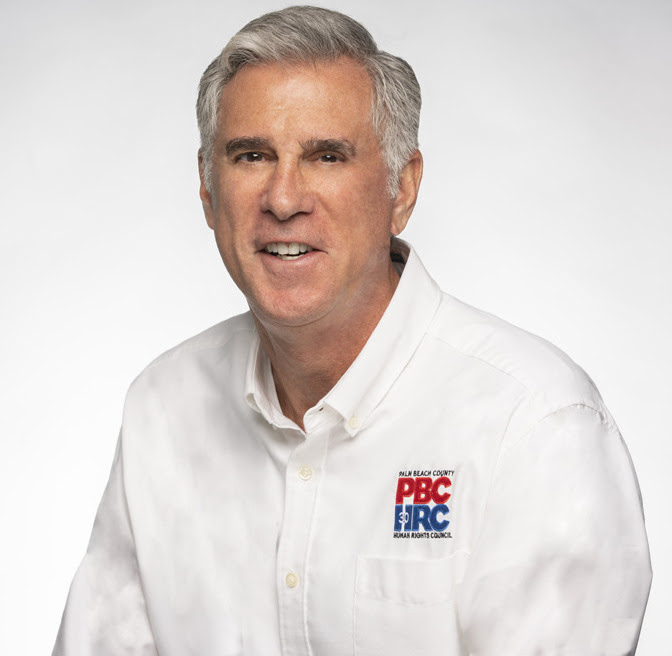 charged with is ensuring the safety and well-being of our youngest residents," said PBCHRC President and Founder Rand Hoch. " Commissioner Hardy intorduced the resolution because he realized that Lake Worth Beach needed to take additional steps to eliminate bullying."

"Nothing should interfere with a child's ability to participate in city programs and activities," said Hardy, a civics teacher at a local public school. "Children need to be able to play together in an inclusive environment that is free from bullying and harassment."
According to the 2017 Florida Youth Risk Behavior Survey Report, more than 15 percent of students experienced bullying.

In addition to declaring the elimination of bullying as a goal of the city, the resolution also affirms the city's commitment to support local resources aimed at addressing bullying and requires the city's youth programs, activities and opportunities to have anti-bullying policies.
Posted by Rand Hoch at 4:17 PM 1 comment: